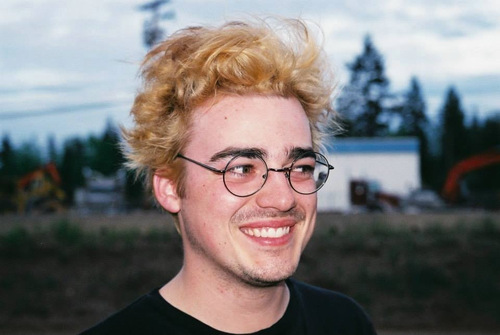 After having unfortunately missed “The Legendary Golden River Show Band” (what a name), I managed to catch Harley Alexander before Zeus took the stage. I’ve seen him a number of times but this had to be one of his best performances. Playing mostly new material – which takes a great stylistic turn towards a fuller, more driving sound – Harley still managed to maintain his signature Mac-esque weirdness. It was all pretty sexy. If I were to compare it to a drink I’d say “Sex in the Shower” (highly recommended cocktail @ Menz Bar). He’s got a new release in the wurks so like stay chuned ! It was a pretty eclectic crowd at Gus’, contributing to a great atmosphere and much excitement. Zeus came on and played a fantastic set. They’re the sort of band that feels right at home on stage and have a great command over their own music. Their sounds ranged from 60’s jangle pop to glam to country, maintaining throughout that inherent Zeusness that seems to pervade everything they do. Just one hellova evening. The bald guy who works at the bar said it was one of the best nights he’d ever had there. And he knows his shit.