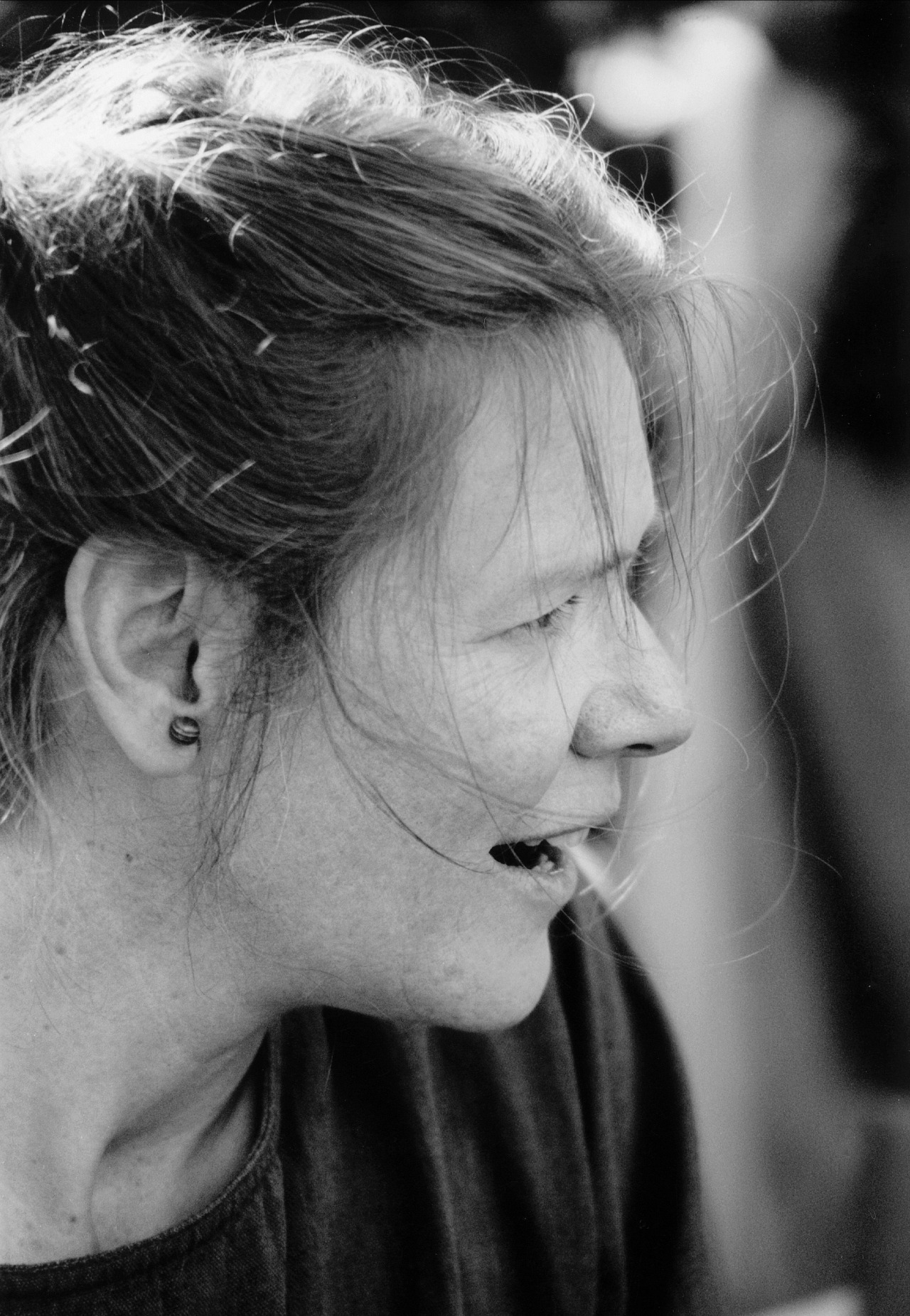 [on the path that led her to lyric philosophy]

I was very involved in music and in poetry, and I was convinced that these were ways of thinking. I think non-verbally, and in structures that seem to be quite like what I experience when I listen to music. So I went to grad school with the idea of knowing my enemy, and I enrolled in logic, philosophy of logic… I did the hardest core analytic stuff I could do. I found it in many ways revelatory. It’s what helped me start thinking productively about what philosophy really is and what’s gone wrong with its contemporary academic version.

[on simplicity as it relates to meaning]

[on the notion of rigor as applied to thought, learning, and understanding]

If we think about the notion of rigor, it means frozen or stiff. So rigorous thinking is thinking that’s frozen, thinking that’s stiff… you want to do that kind of thinking?? I certainly don’t want to do that kind of thinking, at least not all the time… Given where we are now, culturally, in relation to the problem of climate change and environmental destruction, I’d say we need flexible thinking—which is what the experience of meaning manifests. If we seek the experience of meaning and if we strengthen the intellectual muscles that give us that experience so that we are prepared to seek it in any situation… that kind of flexibility is more likely to produce results in the crisis situation that we’re in than keeping our heads down and sticking exclusively to analysis. This is not to say that we should get rid of analysis—analysis is one of the things that is driving climate awareness. But analysis can’t help you care about the world. Perceiving the world’s meaning, its beauty, will be fundamental to any significant change.

[on the university: hierarchies vs. resonance]

In a violin or guitar—an instrument that is resonant—you pluck a string and it causes motion in one of the parts, which is communicated to the other parts, and the sound that you hear is a function of all the different kinds of vibration. All the parts are interconnected and their movement is inter-determining… what moves in one place causes parts in many other places to move. The structures are so complex that in the case of great violins, for example, we don’t know how to recreate them exactly—it seems as though the most minute details can have significant effects on the overall resonance. My work has been concerned to draw attention to thought structures with resonant characteristics. But it is possible to institute a way of thinking that shuts resonance down—this involves insisting on definitions, insisting on protocols of thought; and such ways of thinking seem often to foster administrative hierarchies as well. (Think about law firms.) The university is, and always has been, what Jane Jacobs in Systems of Survival calls a ‘guardian’ structure. Guardian structures concentrate power at the top of chains of command. Other examples are symphony orchestras and the military. Right now we’re in a period in which the university has drawn hard and fast lines between the administration on the one hand, and the professoriate and students on the other. This is a symptom of a general cultural preoccupation with a particular idea of what counts as good economics; budgets for public education have been slashed and university administrations have been given the power to dictate policy. The result is that the educational, intellectual, spiritual ideals that have drawn many people to the university are no longer determining how the university works. There is a chain of command, and what happens is determined by that most abstract of analytic things, money. Reflected in ‘EETS’—you’re not a student anymore, you’re not a human being, you’re an EET. And that way of thinking, determined by economic policy, has produced the contemporary university.

Defining a project, concentrating on it, choosing to devote time to that project rather than to simply ‘being connected’—that is something that it is possible for a human being to do, and it will fill you up, give you something to communicate about.

And don’t be impatient; you are young… well of course you have to be impatient, but when you can, remember that you’ll still need things to explore when you’re 40!

[on whether there is a connection between philosophy and poetry]

It depends on what kind of poetry you’re talking about! There are many different kinds — and more kinds now in English than there have been in the recent past… The poetry that speaks to me does reveal a philosophical orientation, and by that I mean a preoccupation with what the world is and how the world is. But I hope that people reading my own poetry never see didactic philosophical arguments… that’s what the philosophy is for! Sorry—that’s a joke. What I hope is that listeners or readers perceive resonant connections both in particular pieces of my writing and among various pieces of my writing. If they see my poetry and philosophy as aspects of a single project, that would be fabulous.

[on what art tells us about culture]

It really is an extraordinary period in art. It’s been said that artists are the canaries in the mine. Or—to change the metaphor—we might see art as the front edge of civilization, like a weather front. But art is falling apart. There’s nothing holding art practices or art traditions together. So maybe that tells us something about the cultural weather system that’s coming in… Of course, there are many things wrong with imperial colonial cultures like the one that still holds sway in much of North America: they’re exploitative, resourceist, anthropocentric, racist, sexist, homophobic, classist… it’s a long list. It’s good if those things, or even some of them, are being dissolved. To change the metaphor again: now the motorcycle—that is, our culture—is sitting in shambles on the garage floor. But maybe we had to take it apart before we could re-imagine it.