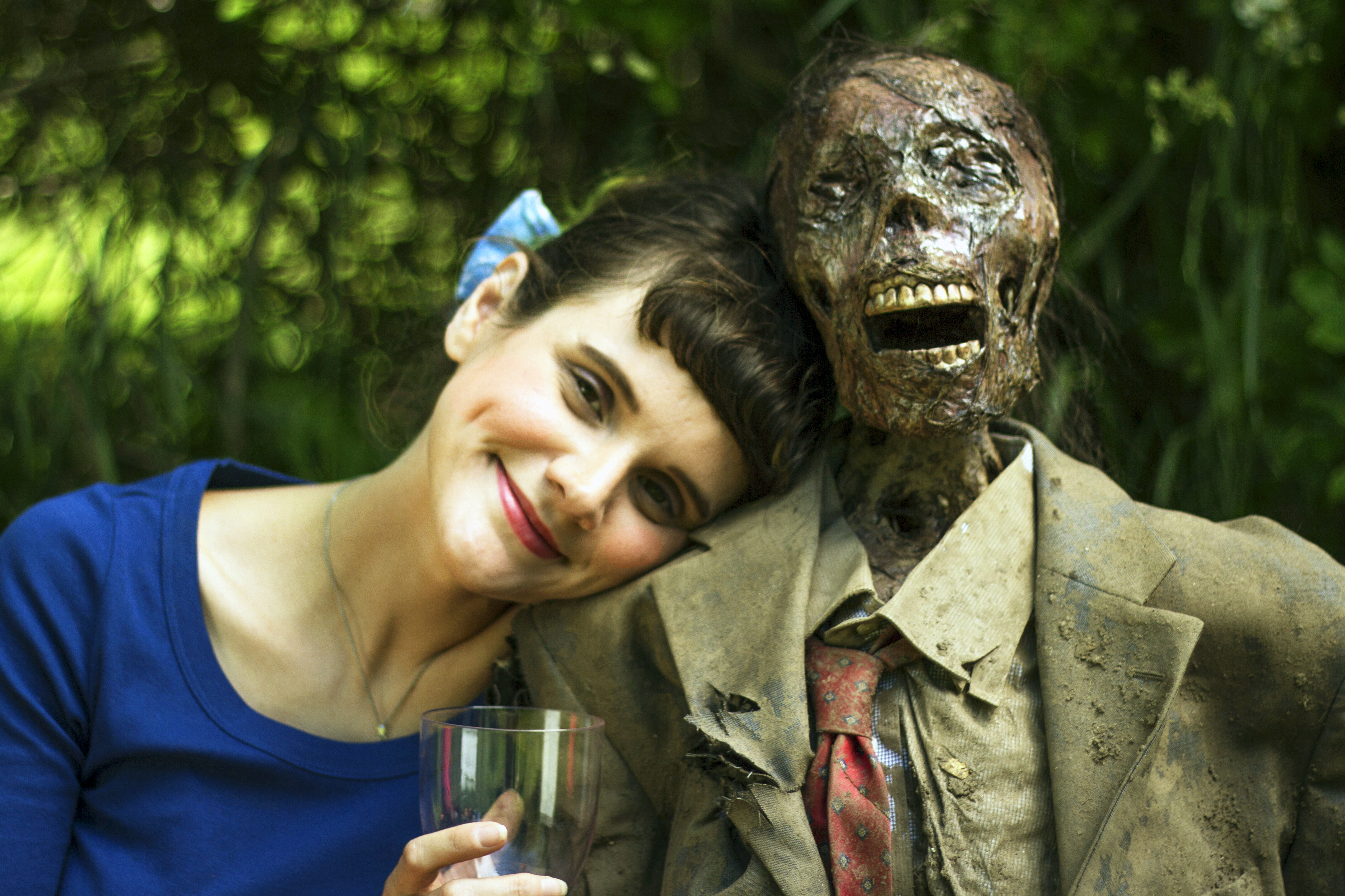 Cheryl Hann is a force.

As well as drumming in the eccentric and bouncy post punk band Old and Weird, she takes care of the electronic drum and noise components in wacky pop group Heaven for Real. She has had significant success as a solo stand up comic, and as part of the comedy troupe Picnicface. And as if that wasn’t enough, she is also currently working on her PhD in Halifax.

The Arts Abstract caught up with Cheryl ahead of her appearances at Halifax Pop Explosion this week. Here’s our conversation about the artist/audience relationship, music, comedy, and gender politics.

GS: I keep hearing people say that stand up comedy is taking the place of music when it comes to cultural critique—being the voice of dissent. How do you approach working your political values into your comedy?

CH: I think comedy has a lot of potential social value, and if done well can be an amazing tool for cultural critique. Of course, not all comedy does this work. In the same way that some songs are literally just like, “Girls, Girls, Girls,” and express the worst parts of Western culture, some jokes are just about butts and penises and do almost no work at all. But a good comic can broach serious issues of race, gender, sexuality, and colonialism in a comedy show, and can do so with relatively little difficulty because comedy has this great dynamic of trust and play.

When you raise a contentious issue, the audience trusts that you’re not directly challenging them, or making a moral judgement about them, so they are more receptive to difficult concepts. Then it’s like, if you can get a straight, white dude to laugh about the absurdity of a racist, capitalist patriarchy, then that means that in that moment, he has admitted to himself the truth of that absurdity. That is a powerful tool for pushing people to consider their own privilege and how it contributes to the oppression of others.

GS: Does one medium’s audience seem more receptive than the other?

CH: I find comedy is a far more effective medium for this kind of critique, if only because the nature of comedy requires your full attention and engagement. Comedy demands you focus specifically on the words being used, and that you process those words deeply, so you understand their complexity—so you “get the joke.”

Music doesn’t impose this kind of engagement on its audience. Participating in a musical performance is better if you give it your full attention, but it’s not required. You can go to the bar, talk to your friend, focus just on the drummer—you can miss the artist’s intention. This is a lot harder to do at a comedy show.

GS: When you joined Old and Weird they were already a band who had established themselves and what they were doing. What most attracted you towards them as musicians, and what made you want to be a part of it?

CH: Before I joined Old and Weird, I was already a big fan of the band. I was really drawn to the experimental, free-form nature of their music and the way the band challenged a lot of the more limiting notions of what or how a song should “be”. I appreciated then—and even more now—the way each member of the band approached songwriting, and how clearly their personalities came through in the music. Sometimes, it can feel like the artist gets lost in the attempt to produce palatable art. I felt like Old and Weird’s music was as challenging and complex as the people who created it. Listening to those songs made me feel closer to the artists who made them, rather than more distant. The more I listened, the more I was like, “Wow these people seem really funny and smart,” so when they approached me about joining the band, my decision to sign up was as much about wanting to become better friends with them as it was about wanting to play songs I loved, haha.

GS: Dealing with sexism and misogyny is obviously a very real part of being a female artist. I don’t want to ignore your work to make you talk about that, but at the same time, I feel like someone’s experiences in feeling excluded or not welcome can drive their practice, or even shape it—I know it absolutely does for me. Do you feel that your identity as a woman has become part of your work, and if so, how does it appear and manifest?

CH: I definitely feel that my gender influences my work, and the spaces where I perform it. I think I try to play a lot with the audience’s concept of gender, as well as my own. It’s tough sometimes, though, because as much as I use comedy as a platform to discuss issues of gender, I don’t want my perceived gender to be the foundation of my practice. Like, as a feminine comic in 2016, people expect that your comedy will be somehow an expression of your gender, or an outline of your thoughts on it. I don’t want to feel like I have to get up on stage and be a funny “woman,” when I just want to be a funny person.

Maybe that conflicts with everything I’ve said so far, but I’m going to allow myself that complexity.

Catch Cheryl’s Pop Explosion sets at Art Bar: Thursday at 8 PM with Old and Weird, and Friday at 8 PM with Heaven for Real. She’s also doing a solo stand up set at the Halifax Public Library (Paul O’Regan Hall) on Saturday at 7:45 PM.